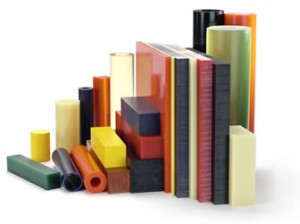 If there is one ingredient that’s present in all of the things that you see, it would have to be polyurethane. From liquid paints, coatings, and adhesives to sturdy materials like blades and wheels, polyurethane is integrated into these objects. In other words, it’s all around us at home, in the office, and even in school. However, not a lot of us truly give a second look on this material until concerned consumers and organizations make announcements of the potential harm that it could bring to you and your loved ones.

Polyurethane was first discovered in the 1930’s by Professor Otto Bayer as an unexpected result of his constant search for a proxy for natural rubber during the World War II since rubber was expensive during that time. But he discovered more than what he longed for – polyurethane. It then turned out to be one of the most important compounds in almost all of the things around us today; a product that’s far greater than a substitute for natural rubber. Because of his discovery, he was referred as the Father of the polyurethanes engineering. During WWII, it was used mainly as coating to several applications from the aero industry to the clothing industry. In 1950’s, it became part of foams and adhesives. Years have passed and developments of polyurethane were made. Nowadays, polyurethane comes in many forms to make it suitable to a myriad of applications because of its flexibility to substitute aplenty of materials that are either scarce or expensive.

Polyurethane comes in a plethora of ranges in terms of its density, flexibility, and toughness. Each type of polyurethane is used for specific purposes, which are listed below:

Polyurethane is also used as adhesives in buildings and construction projects because of its water-resistance feature. Polyurethane is also used as varnish and coatings to protect or fasten wood. It is also used in making tough wheels and in creating polyurethane brushings that are essential in the placement of camber and toe and caster. For the electronic industry, polyurethane is needed to enclose its parts to avoid mechanical stock and damages caused by external factors since it possesses exceptional adhesion, low-temperature flexibility, and superb abrasion resistance. Polyurethane is also used in the manufacture of water vessels like the construction of inflatable boats, sealants for boat decks and outdoor marine vessels, and as foam in rigid-hulled boats because it provides buoyancy, sound proofing, and force. Flexible plastics are also made from polyurethane. Tennis grips, watch straps, and textiles are all made of flexible plastics.

Effects of Polyurethane to the Body

Scientists found isocyanates, a compound that can bring potential harm to one’s lungs, in materials made up of polyurethane. Exposure to the said product can cause lung irritation and asthma attacks. Furthermore, it can also irritate skin and cause difficulty in breathing when lung infections develop. People with migraine and other related body issues should keep at bay from polyurethane fumes because it can swell brain cells that bring about severe head pain. Meanwhile, pregnant women, elderly and sick and young children should never be exposed to polyurethane fumes because it could cause coughs and colds, wheezing, and other symptoms that are related to asthma. Workers who are frequently exposed to polyurethane fumes experience several health disorders including unsettled stomach, vomiting, and dizziness.

How to Avoid Inhaling Polyurethane

Keep away in places where polyurethane fumigation is frequently done such as areas where finishes and varnishes are usually processed. Avoid using polyurethane foam as your bed mattress and steer clear in your home where such job is still ongoing. Open all windows and doors and make sure that the room where wood finishes and varnishes are being done is well ventilated. Finally, do an independent research about polyurethane. After all, knowledge is the key to having a healthy body and sound mind.