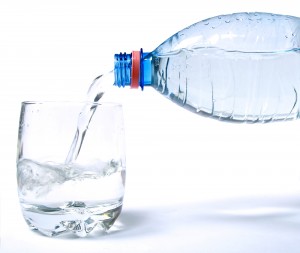 We all know that water is an indispensable form of energy. We need it to survive each day whether we are at work, at home, in school, or at the gym. Unfortunately, most of us drink the wrong way as the number of Americans who drink water from plastic water bottles is increasing. Although this option is convenient, it may not be the best pick for our health and for our planet’s health, too. These water bottles are the main culprit that clog waterways, block landfills, and consume renewable fossil fuels. Statistics show that the expenditure of the American people on billions gallons of bottled water had reached to $11 billion. Such amount is spent for bottled water, which accounts to over 22 billion of used plastic bottles. Did you know that manufacturing companies of plastic water bottles spend billions of fossil fuels to serve the demand of the public? Thankfully, a lot of sectors in the public are cooperative with the current fight against the accumulation of plastic water bottles in dump sites.

Participants of the Banning of Bottled Water in the Country

A number of restaurants have been banning bottled water in their menu and have replaced it with free tap water instead. Reports show that some expensive restaurants in New York, Boston, and San Francisco have done it by offering filtered tap water instead of the usual bottled water. On the one hand, Mark Pastore, owner of an Italian restaurant Incanto, is also banning it from their menu. Numerous dining spots in New York have also helped launch an ad campaign for residents and tourists to go for the city’s tap water, which has been dubbed as some of the best water in the country.

Schools have also been actively participating in the ban of plastic water bottles for sale in their canteens and at kiosks inside the campus. Some of these campuses include Castleton State College, Eastern Kentucky University, and Fayette Country Schools. The said campuses are into hands free water bottle project as installations of bottle refilling stations are ongoing as well. Faculty staffs are also encouraging their students and parents to cooperate in projects that reduce waste and reduce costs in and outside the school premises. 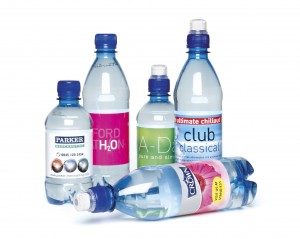 The fight against the spread and increasing use of plastic bottled water is not only for the environment. During the manufacture of plastic water bottles, chemicals are used and these can leach to your drinking water anytime. In fact, the lining in the walls of canned goods even have chemicals that can contaminate the food in it, making it unadvisable to buy canned foods and drinks regularly. Take note that a plastic bottle should never be used twice because it contains #1 polyethylene terephthalate (PET or PETE), which can release chemicals like DEHA and Benzyl Butyl Phthalate or BBP. DEHA is a known carcinogen, which has the potential to bring about degenerative diseases while the BBP is known for its disruptions on the normal cycle of body hormones. Not only that; last 2006 the Journal of Environmental Monitoring found out that some PET bottled water containers leach antimony. Such metal can cause skin, eye, and lung irritations when exposed to it in large doses. Always remember too that plastic is permeable, which can expose you easily to a number of bacteria whenever you use it repeatedly.

Aside from that, there is still an ongoing debate about the presence of BPA in most plastic bottles. BPA is renowned for its hormone disrupting properties, which can cause health defects to infants and unborn babies and health woes to adults in the years to come. However, this type of plastic is widely used in products that are commonly found in most households like infant drink and feeding bottles. In fact, the popular Nalgene Lexan water bottles have been found to be exposed to such type of chemicals.

On the one hand, the accumulation of empty plastics has gone overboard in terms of its costs and waste disposal issues. Did you know that plastic water bottles are several times costlier compared to the water from our home? Bottle industries and companies spend millions each year to convince people to buy their products, claiming that it’s cleaner and safer than tap water, which is actually a fallacy. Studies conducted by Food and Water Watch showed that 40% of bottled waters start as tap water. Furthermore, government sectors and authorized bodies conduct quarterly tests to tap water, making sure of its clean state, while tests for bottled water are conducted annually only, posing higher potential for threats to accumulate in it.