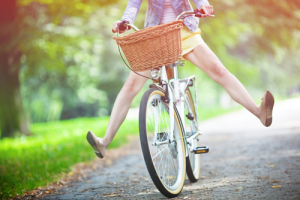 I consider my Toyota Corolla 1969 model as the one true love and we have been together since the moment I bought it in high school. It’s the only car I have owned and he has been my fervent companion through all of my life’s trials and tribulations. Now it has finally come to a point that this car of mine needs some serious overhauling and I need to decide real quick.

Are We On The Brink Of Breaking Up

About 5 years ago, I would have thought of becoming a member of the C generation in which ‘C’ stands for Carless. There are a group of people who depend a lot on riding public transport or hitching a ride from a friend or borrowing their cars instead. However I’ve become more aware of the issue regarding Global Warming and we cannot deny the fact that the emissions in Canada alone is almost 33 percents above the Kyoto Protocol Commitment.

In 2006, there were 20 million registered car owners in Canada and the average emission of a single car can produce about 10 thousand pounds of carbon dioxide in a year and not to mention the carbon monoxide, hydrocarbons, nitrogen oxides, sulphur dioxide, and other dangerous gases combined in these emissions that can greatly affect our physical health as well as the overall well being of the environment.

Sad but true, my car also has its share of ruining the environment so to speak. Since he came before top companies considered in manufacturing ‘greener’ cars, it’s more likely that he has puffed a bit of “deadly air” into our atmosphere. If we try to look at this in a more practical view, it’s about time that I and my car should part our own separate ways for our environment’s sake. But if I’m going to consider my own necessity, is it really practical for me to live without having my car?

Surely there are different answers to this question alone. You can give it a ‘yes’, a ‘no’ or even a ‘maybe depending on which point of views you are looking into.

Should I Consider On Having Another Car Right Away?

Right now I’m carefully considering my options so that I can deal with this matter in a more reasonable way. I can reach the office for about 10 minutes on foot. This is very doable since I have a reliable set of walking shoes and I also need a bit of cardio exercise. Alternatively maybe, I can have a bicycle of my own? Since I live in a bike friendly city, I wouldn’t hurt to have this option as well. I can save money from gas because bikes don’t need to fill up anyway and I can also get a much needed exercise. Apart from that I can also reach into other destinations without having to worry about smoke emissions and stuff. Or probably I should stick to the original plan of having a new car and pay it for a quarter of my car’s maintenance bill? Well it would possible, but you also have to think of the gas and the regular maintenance that you have to do from time to time…

And I can always use the public transport which I can avail for only $130 a month or maybe I could also have the option of grabbing an opportunity to have a ride from the Cooperative Auto Network since they offer a very reasonable car-sharing program in times that you really need to ride on your own set of wheels.

I must admit, I have a strong inkling on having a new car because I really envy my brother-in-law’s shiny BMW and the desire to have one of my own gets a notch higher seeing him in his ride and hearing that ‘vrooming’ music as he takes off to that open road… Well, I know I cannot afford that. How about owning a new car that has some ‘green’ features in it?

But then again I’ve heard that, “Owning a car takes away the possibility of having a secure retirement” and these words came from Chris Balish as he also included this statement in his book entitled “How To Live Without Owning A Car”.

He further stated in the book that most of us don’t really have an idea of how much we are going to spend if we have our own vehicle. According to him, a 2005 model of a Ford Explorer XLS would cost about $22,132 in the United States, but the actual cost of this vehicle would be increased up to $44, 177 if we are going to include the factors such as the monthly amortization plus interest, taxes, gas, car insurance, and other fees. Now that’s something to think about.

The CAA or Canadian Automobile Association indicated that the average cost of a 4 door sedan car is about $8, 600 (with the actual cost depending on the kilometers driven).

And then my brother-in-law arrives with his sweet-looking car and here I am snooping at his ride again.

Balish further insisted that if an average person invests the $700 a month that you can spend on the car on practical means, this would help you retire comfortably. Supposedly if you did invest the money with an 8% return, you will be able to get more than one million out of the money that you have invested.

So let’s get the facts straight – not having to own a car means that I would spend more time dealing with traffic (which is getting my nerves most of the time), getting more exercise which is beneficial to my health, supporting the cause of fighting global warming and be environmentally aware, and I could end up as a millionaire by the time and retire and enjoy the rest of my life living comfortably… Now that’s something! Maybe, I should think about this option more seriously today and let my car rest after many years of service.