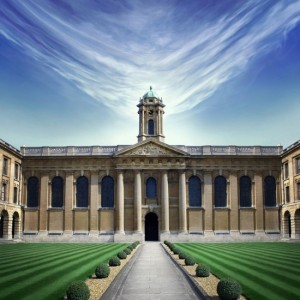 There is no doubt that the USA is one of the countries that has the largest emission of greenhouse gases in the whole world as some of the biggest manufacturing plants are standing on its grounds. Thankfully, a lot of people have become attentive to the negative effects of these companies in their environment. Because of them, awareness of the drastic effects of pollution had been raised, which have obviously caused a lot of progress in the said country. For one, USA now holds some of the greenest colleges on land. They’re called green for a plethora of reasons including the installation of solar panels, enrichment of their gardening and planting systems, zero carbon footprint means of transportation, and a lot more. Here is a quick look at the some of the greenest colleges in the US.

University of California – California is known for its fight to become green and stay green. Apparently, it has extended its fight to all of its schools and colleges in the area. First off, it is the very first building that got two LEED Platinum certifications for two times. It has also achieved its goal of cutting at least 50% of carbon emissions in its premises by using low and zero emission media of transportation in and out the campuses, and it has even increased its number of bicycles for 50%. On the one hand, University of California in Berkeley is the first ever campus that hosts a myriad of choices for an all-organic foods. The majority of their campuses are also made of recycled materials. Still, they’re fighting to keep their place and its premises as green as it can be as they’re now working to reach their green goal for 2020 which includes getting zero waste and carbon footprint by that time. Indeed, it deserves to be catapulted on top of the greenest list of colleges in the US.

Evergreen State College – Nestled on a thousand acre of land in Olympia, Washington, Evergreen is perhaps a college campus that’s more than just your regular campus. Its surroundings are composed of 80% of land, and almost half of it is woods and the rest is forest and 20% of the total land area is composed of saltwater. It also boasts of a 13-acre organic farm. It gives an impression that it’s definitely set to brainwash the future generations on the importance of the presence of water and the love for nature as it offers green courses like organic agriculture. The harvests are sold to campus canteens while the rest are donated to local food deposits. Furthermore, it uses up 100% sustainable and clean energy. It is including electric vehicles in its future goals, too. Some rooms in the building are Gold LEED certified while most of its roofs are powered by solar panels. There are also energy-saving features installed in most of its structures.

Warren Wilson College – To some, Warren Wilson went green, but to a lot of people who have experienced just how WWC cared for the environment by giving emphasis on nature and clean environment, the campus is dubbed to be born green. Based in Swannanoa, North Carolina, Warren Wilson College is one of the self-supporting campuses in the entire USA. It has vast organic gardens and forests that supply the majority of its needs to operate. The college is a topnotch in green building designs and is currently using solar powered lights to lighten its pathways and walkways. It’s also dubbed as the leader of the pack when it comes to recycling materials in and out of the campus. In fact, being green is considered a lifestyle in Warren Wilson College, and not just any 4-year course.

Harvard University – Set in Cambridge, Massachusetts, Harvard campus is not only known for its high quality of education, but also of its awesome campus, intimidating and superb staffs, and interesting school life that focuses both studies and extra-curricular activities of its students. Speaking of awesome campus, it is one of the greenest colleges in the US because of its solid determination to achieve an eco-friendly way of carrying on its tasks by installing motion sensors in most of its rooms. Apart from that, energy saving devices is also installed in structures and areas that are usually frequented by both people. For the past few decades, it has deliberately reduced its wastes by 75% and its trucks’ engine is powered by spare oil from the campus’ dining facilities. One of its many ways of reducing wastes includes using both sides of a printed paper. Finally, it is currently one of the top purchasers of renewable and clean energy in the country.

There you have it – the greenest colleges in the US in 2013. It is indeed very nice to know that these educational premises have opted to go green and stay green for as long as they can to help maintain the health of the environment and to avoid adding to the current situation in pollution woes.